How blockchain can benefit artificial intelligence

North Star AI conference, powered by Proekspert featured many industry leaders who came to present their recent research and innovative findings. Respected AI and blockchain expert—and founder of the company Pandora Boxchain—Maxim Orlovsky, began his presentation by noting that “at every conference, these days, there should be at least one person presenting on blockchain.” At North Star AI, he was the one to do it.

Before delving into the complexities of blockchain, Orlovsky noted that considering the tremendous hype that now surrounds the technology, he would like to focus on its primary criticisms rather than its obvious advantages. And in doing so, to answer the question: How can blockchain be useful to artificial intelligence? 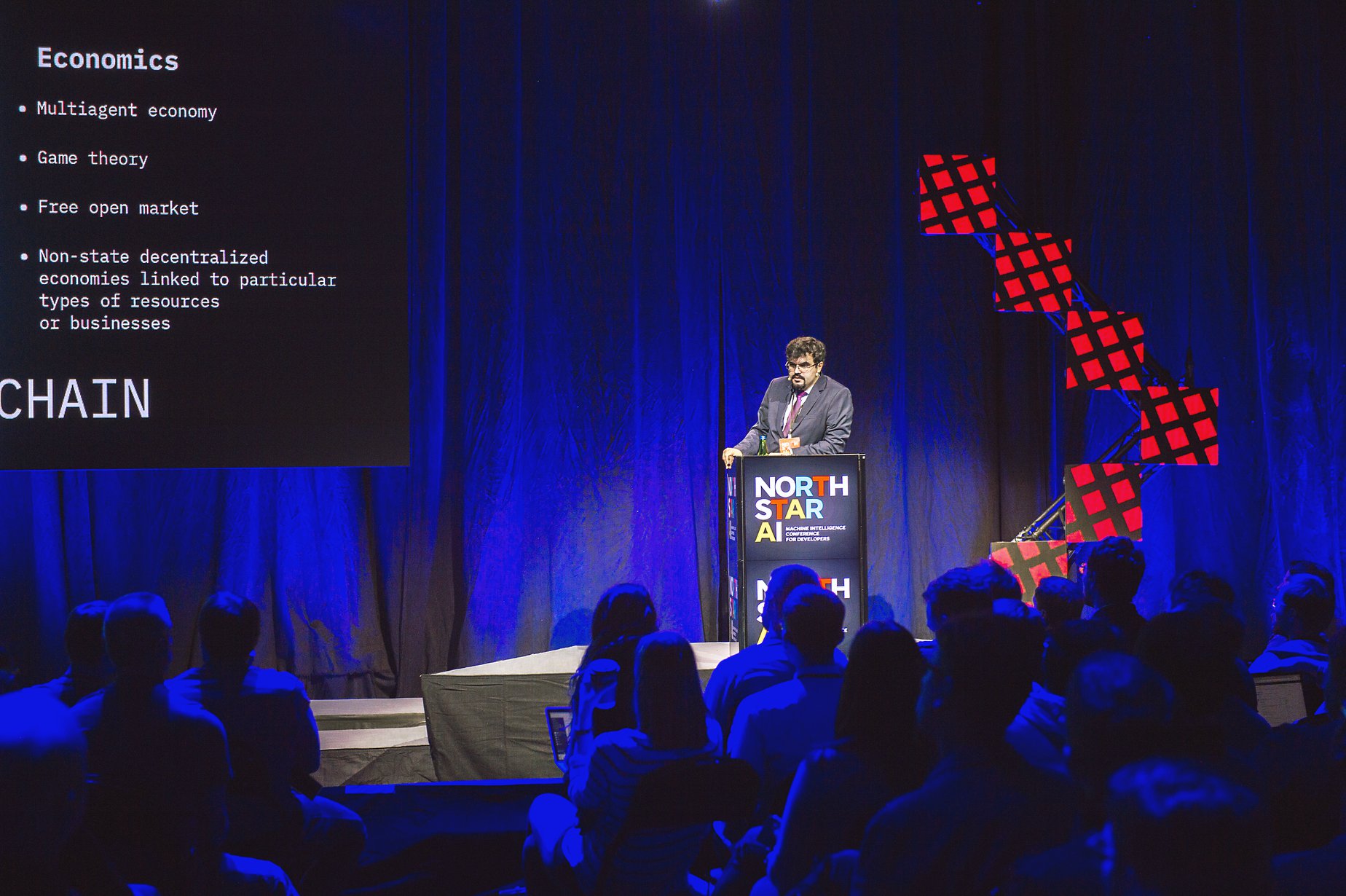 “We know that machine intelligence is not a singular object,” said Orlovsky, “it’s not a big brain in the cloud, it is a multi-agent system.” Some examples of machine intelligence that we use today include the internet of things, a fleet of self-driving cars, or the network of mobile phones that we carry with us daily in our pockets.

Within a matter of years, these technologies will most likely be interacting with each other in new and significant ways. The more these technologies develop, the more people will have to think about the potential risks—how things can go wrong.

One of the main challenges of AI, said Orlovsky, is Byzantine faults.

What are Byzantine faults?

In general, Byzantine faults occur where a reliable system is composed of unreliable parts. Within a fleet of autonomous vehicles, for example, the cars constantly exchange information about speed, movement, road conditions etc., in real time. A Byzantine car is one that is not following the rules, but is trying to cheat or attack other cars (for example, this could potentially be a terrorist threat). The question is how do we deal with this kind of dangerous information within an otherwise reliable system?

This, said Orlovsky, brings us to Byzantine Fault Tolerance, a field of computer science that has been active since the eighties. For a long while no one had any great solutions for how to deal with Byzantine faults—a major challenge in multi-agent AI systems. It was only when Bitcoin entered the arena that things changed. Bitcoin opened a way to enhance Byzantine tolerance due to economic stimuli and game theory, eventually giving rise to other blockchain technologies.

Blockchain – What Is It?

At its core, blockchain is a trusted persistent data record which appears in a trustless environment. In other words, because it has no central governance, participants are not trusted but the data they provide is trusted because it is secured by economic incentives.

From a technical perspective, Blockchain is a replicative state machine (a type of distributed database) that utilizes asymmetric cryptography to add accountability so that we can say who did what.

The key parameters of Blockchain are A) security, meaning the past history of transactions does not change, and B) liveness, meaning the continual availability to post new transactions (a new state update) which essentially guarantees that the system is censorship-resistant.

Consensus protocol adds rules by which the participants can reach consensus on the current state of the blockchain. This is achieved by adding some economic stimuli such as the possibility of mining rewards, and other specially designed game-theory features. An example of this economic incentivizing is the appearance of cryptocurrency, a value within the network.

Considering these characteristics of blockchain technology—economic incentivizing within a decentralized network—we can conclude that to this day there has been no other solution to Byzantine fault problems. Blockchain is the only one.

Why Blockchain Hasn’t Taken Over the World

When Blockchain technology was first released, it was believed to have tremendous potential. Now, we have to ask ourselves why it has not conquered the world? What is it that is holding this technology back?

“There are a number of problems,” says Orlovsky. 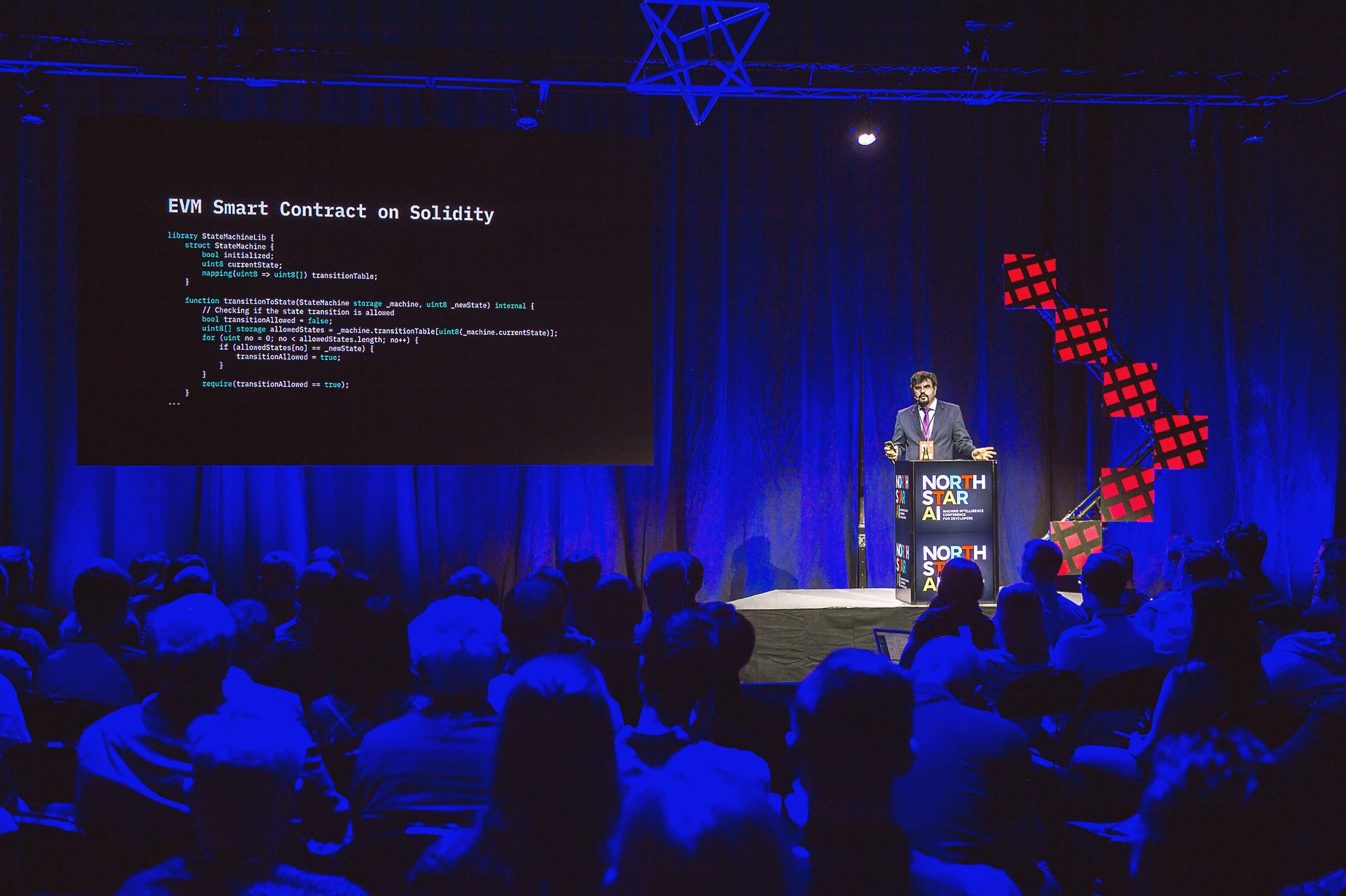 The first set are linked to Smart Contracts, which are used in most blockchains to automate state transition changes according to some rules. There are two types of Smart Contracts: Turing-incomplete and Turing-complete. Turing-incomplete contracts (e.g. Bitcoin and it’s clones) have limited functionality, but are robust and easily formally verifiable. Turing-complete contracts, (e.g. Ethereum and it’s clones) are highly-vulnerable and unscalable because all computations are repeated by each node.

The second set of problems are related to consensus. The primary issue with consensus has to do with updating the state of the blockchain ledger and deciding who has the right to do it.

As of now, there are only two proposed models. First, the decision can be made by randomness, but this would require each node in the decentralized network to have the same random number generator, which would actually negate the randomness. The other option is to have agreement between nodes, but the problem with this model is that it leads to low Byzantine fault tolerance. So far, there are no working implementations of this model in public blockchains. There are some models that utilize a small number of agents to vote, but that is essentially a centralized system and negates the spirit of blockchain.

Bitcoin proposed a way to create randomness and entropy in a decentralized environment without making every node produce the same random number. This is achieved through a process called proof-of-work. It uses computations that require a lot of energy, to produce entropy and make its nodes prove that they have completed the computations which give them the right to sign a block and update the state of the blockchain.

As it stands, Bitcoin’s model is the only decentralized process that is working today. However, it has yet to be tested in a larger environment.

In conclusion, most consensus models have problems with finality, it is impossible to guarantee that the history of the blockchain ledger will not change. In order for blockchain to become ubiquitous and more useful to AI, we need a new solution.

At this point in his speech, Orlovsky pivoted to present his own work. He explained that his company, Pandora Boxchain, is trying to build censorship-resistant public consensus which will be more efficient and allow the level of scalability required for decentralized AI computations and machine learning. To achieve this, they utilize a consensus engine called Prometheus.

Prometheus is a hybrid consensus which extends smart contracts to generic computing suitable for AI models; it is run in parallel with a trustless decentralized network. While most blockchain based programs such as Bitcoin waste a lot of energy on mining, essentially conducting taxing computations in order to find the right hash values, Prometheus is different. Its computing results are provided by a special proof-of-work consensus where the work being done is actually useful to the real AI models running in the network. Moreover, randomness is created by computing actual models.

Orlovsky argued that Pandora Boxchain’s solution is relevant because it considers issues such as AI regulations. “We would like to show that Economic incentives work better than any kind of regulation,” he said. According to their model, regulations on big data and protecting private data would be replaced with a zero-knowledge protocol. Moreover, the solution would give rise to free and open markets where it would be possible to share (and earn) models, big data, and computing power, which would enable speedy progress in AI development.

A Bit of Futurism

Towards the end of his talk, Orlovsky dedicated a few minutes to ask the question: What can we say about general AI progress today?

“I think that it’s engineering progress,” he said. “Quite a lot of engineering advancements are happening but not a lot of science.” For example, there is little progress in how we understand the cognitive process. In order for AI to develop even further, people need to invest in studying multi-agent systems, distributed decentralized systems, and new biologically-inspired cognitive architectures. Scientific directions need to be explored too, such as game theory, Byzantine fault tolerance, and complexity science.

Why is this research important? According to Orlovsky, if you want AI to evolve you shouldn’t focus on singular AIs but interacting AIs that, like humanity, will develop in a community through language and interaction.

Orlovsky believes that blockchain can play a large role in this development. To build a language for AI we will need consensus (each agent getting the same sense of a signal as others) and persistence (the sense of the signal does not diminish with time). Blockchain is perfect for consensus and persistence, which means it can be the perfect tool for developing a language for future AI.