Raivo Vilu, one of the founders of Proekspert, will be awarded the Order of the White Star

We are happy to announce that on 23 February, the President of Estonia will bestow an Order of the White Star, IV class, to Professor Raivo Vilu, one of the founders and owners of Proekspert, for his services rendered to the Estonian state. 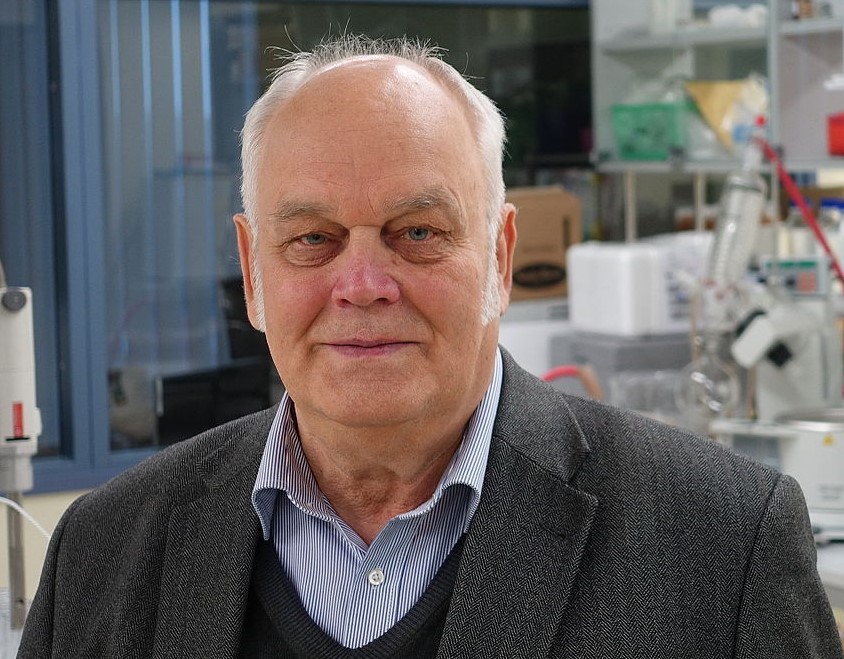 We are extremely proud of this recognition, as Proekspert is closely connected to Raivo Vilu. Our company started more than 20 years ago thanks to Raivo Vilu, who has also led the development project for the BioeXpert software for controlling bioreactors, which to this day helps grow bacteria beneficial for humans.

Andrus Suitsu, one of the founders and owners of Proekspert, describes Raivo Vilu as follows, “It’s remarkable how many different topics Raivo Vilu is interested in, and how many things he’s actively involved with. So it’s really no wonder that it was him who started a chain of events that grew into a company that now employs more than 150 people. It’s often said how important it is for businesses to collaborate with scientists. Raivo Vilu, who is first and foremost a scientist in the best sense of the word, has always understood the significance of collaboration between science and business enterprises; he has searched and found opportunities for such collaboration. Our company’s connection with the world of science has functioned largely thanks to Raivo’s support. Starting, of course, with the bioreactor software, of which he could talk for days, if not weeks. It’s an important product, a tangible and real result of research led by Raivo. I’m grateful to have had the opportunity to work with Raivo: his bold approach, his unquenchable curiosity and perseverance in making his visions come to life have influenced me deeply.”

The President of the Estonian Academy of Sciences, Tarmo Soomere describes Raivo Vilu’s work in Postimees as follows, “Raivo Vilu, the Head of the Chair of Biotechnology and TUT, specialises in food technologies, where local food– what we ourselves eat here – plays a very important role. As there is a kind of an obligation to focus on Estonian issues, it’s difficult to gain visibility in the world. Vilu’s greatness lies specifically in developing Estonian food and related matters, and in combining food with a scientific view of the world. This work is invisible for many people, and they might not know how to promote it in public. At the same time, scientific information about food can be of strategic importance for a country, and in that respect, Raivo Vilu has been an important invisible pillar of support.”

Raivo Vilu is the Head of the Chair of Biotechnology at Tallinn University of Technology. He has led dozens of research projects that support Estonia’s economy, innovation and development – he has developed and introduced biotechnology and environmental sciences, and supervised several young scientists. His extensive research work focuses on microbial systems biology, biotechnology, food technology, environmental technologies and ecology. He has more than 150 scientific publications to his name. Among other recognitions, he has also been awarded the Tallinn University of Technology’s decoration “Mente et manu”, which is bestowed on people who have made a significant contribution to the development of TUT and higher education.

As a key partner in the program, Proekspert will collaborate with the school to build the embedded engineering specialization module for kood/Jõhvi. Read more>

For the third year in a row, Proekspert has proven itself to be the best in Estonia when it comes to dominating in table tennis. Read more>