AI in biochemistry: Proekspert’s man on the scene

​​Data scientist Tõnis Laasfeld won Estonia’s Ustus Agur stipend. We talked to him about the intersection of chemistry and data in academia and industry.

Congratulations on being awarded the Ustus Agur stipend. Let’s start by asking what everyone’s wondering: Who is Ustus Agur?

He is the founding father of information technology in Estonia. Since 2003, the Estonian Association of Information Technology and Telecommunications has given an annual stipend in his name for the investment toward scientific education.

But you’re getting a PhD in chemistry. How is that related to IT?

The stipend is for those who use information technology in other areas. In some cases, chemistry and IT are even more closely connected than two areas within chemistry. Even my thesis advisors come from two different areas, Ago Rinken from biochemistry and pharmacology, and Leopold Parts from genomics and deep learning.

How do chemistry and data science intersect in your work?

I develop software, called Aparecium, for pharmacologists who need to analyze data. Many of their experiments are done with microscopes, which make beautiful images of samples. But to analyze data quantitatively, those images must be turned into numbers that correspond to biochemical processes.

I have applied the software in three areas. First, data can be analyzed to study whether a combination of chemotherapies works better than using a single agent. Second, labeled drug molecules can be used to measure how regular drug molecules point to drug targets. This is useful to screen a huge number of candidates for a drug and measure which of them it would bond best with. A third application is to study how viral infections happen over time and take temporal measurements. In our lab, we study baculoviruses this way. Novavax, the American biotech company developing a new Covid vaccine, uses baculovirus technology in their vaccines.

Pharmacological research is of course very international, but the field’s historical connection to Estonia is quite interesting. Experimental pharmacology was developed at Tartu University in the 1800s, which was then known as Dorpat University. There were two German pharmacologists, Rudolf Buchheim and Oswald Schmiedeberg, who later trained most other pharmacology professors in Europe. In their work they studied muscarine which is found in the redcap mushroom and works by activating muscarinic acetylcholine receptors. Today, I’m studying the very same receptors that they studied 150 years ago. (And a fun fact if you’re into trivia: muscarine was extracted in the same year of Estonia’s first song festival, which is also the year Mendeleev published the periodic table of the elements.)

So how is your research relevant to Proekspert and the work done here?

What I do at the university is directly applicable to the data science industry. For example, a cell seen under a microscope and an object on earth seen from space are quite similar in relative scale. The artificial intelligence algorithms you need to apply are the same.

One project I can talk about is a project Proekspert did for the European Space Agency where we created an algorithm to screen satellite images, detect football fields, and determine whether they’re natural grass or artificial turf. The app we developed gives governments and other organizations information that’s critical in city planning, helping them make informed environmental decisions. Where can you place new fields so they’ll be environmentally safe – to avoid runoff of herbicides or keep those black rubber particles from washing into rivers? Or since artificial turf generates heat pockets in summer, where can we put new fields to not exacerbate the problem? Or maybe an artificial turf company wants information about sector growth. Another app can show the condition of artificial turf, which a turf company might use to know where to direct its sales efforts.

There are lots of applications for our work, but the ESA wanted to demonstrate that their satellites have commercial applications beyond just the scientific ones. The ESA funded part of that work, and Proekspert funded part, as well.

What about a project you’re not allowed to talk about?

I can describe in vague terms one we did for cardiovascular diagnoses, helping a client automate the decision process for its medical personnel. There is an imaging measurement they need from the patient that required manual adjustment of equipment before the image went into a processing pipeline. The doctor taking the measurement could not be certain whether the measurement was good enough for analysis, so we created a solution to determine that. By improving the diagnostic tool, we saved the manpower of medical professionals, since they could determine immediately whether their measurement was good enough.

How have you arranged it with Proekspert so that you’re able to work both in academia and business?

For the last year and a half I’ve worked part time as a data scientist at Proekspert, and I should complete my PhD in August 2023. What I’ll do after I get my degree is hard to say. I may do post-doc work at an institution abroad, but I would eventually return to Estonia. I like both academia and the industry side, and Proekspert is good about letting me balance them.

You’re probably not the only one at Proekspert with a foot in both worlds?

There are others at Proekspert who are also PhD students. I know two personally – a chemist and a physicist who are also connected to Tartu University, and working with computational methods. Estonia’s Masters programs are also fairly science-heavy, and these students are also involved with Proekspert.

So the academic-industry partnership is a productive combination?

Yes, it’s useful for both parties. At first glance, you’d think you’d have to split your time, and your efficiency would be reduced. But in reality, the academic world moves slower, and it’s not so likely to adapt to new project management systems. But companies are ready to try things out. So I can learn from industry and apply it in the university to make my work there more efficient. The software development skills help me to analyze huge datasets in a few hours that would otherwise take days or weeks of manual labor.

And the skills transfer the other direction, too. An academic background is important in industry, because data science often focuses on data. It’s data science, not just data analysis. Academia teaches us to think about our assumptions, how to run tests – these things you can miss if you don’t have a good grasp of scientific method. Those without an academic background can make a solution, but it may not be the solution.

This is understood at Proekspert. If you want to learn something, then the teams and people in the organization get that this is useful in the long run. The team compensates and covers for you in your absence so there aren’t hiccups in the processes. It’s a great environment for those of us who straddle the two worlds, or really for anybody who likes to learn. 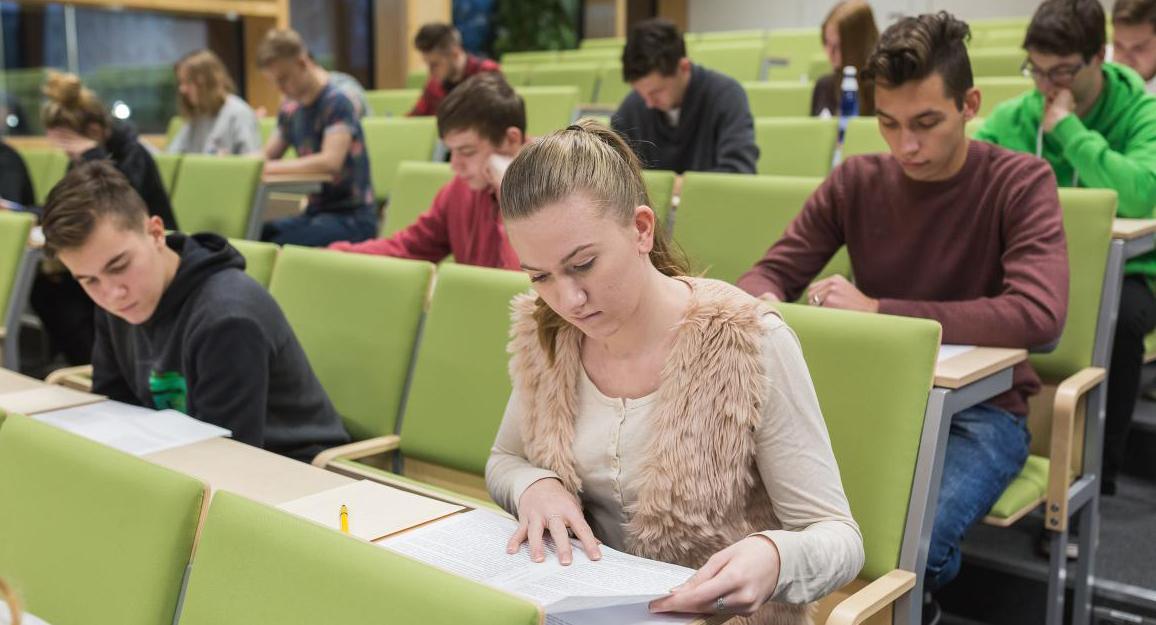 How Proekspert partnered with kood/Jõhvi coding school and built relationships that benefits both parties. Read more>

Proekspert once again is adding to its team. We’re seeking a .NET developer to help digitize industry and take manufacturing to the next level. Read more>